Solvang and the return south

The following day we continued our return south towards Los Angeles diverting slightly to stop for a couple of hours to look around Solvang. Solvang (translates as 'sunny fields' in Danish) was founded in 1911 by a group of Danes who bought a 9,000 acre (3,600 hectare) ranch next to the historic Santa Ines Mission in the Santa Ynez Valley with the aim of creating a Danish colony away from the severe winters they suffered in the US Mid West. 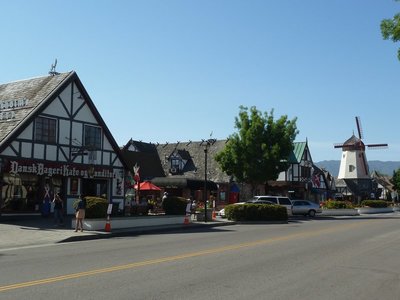 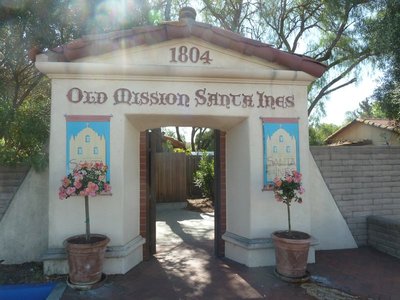 Entrance to the Old Mission in Solvang 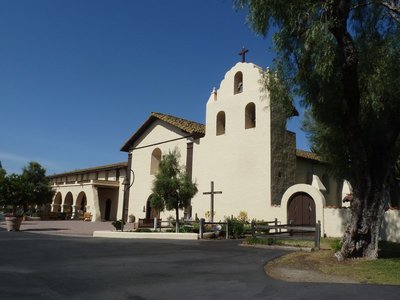 The Old Mission in Solvang

Solvang with its unique half-timbered architecture, colourful potted plants and 'little Denmark' ambiance has become a major tourist attraction with over a million visitors every year. There are several restaurants and pastry shops serving Danish specialities, a Hans Christen Andersen Museum celebrating his fables together with a copy of Copenhagen's Mermaid's Fountain and 1:3 scale copy of the Rundetarn (Round Tower). 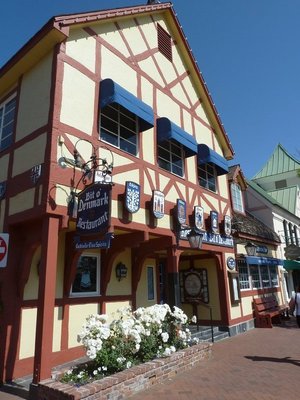 A colourful Danish restaurant in Solvang 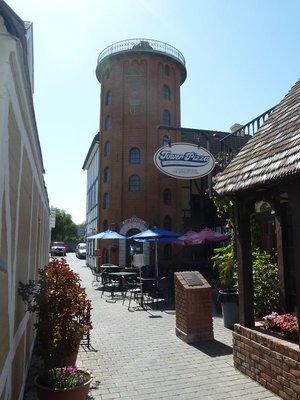 The Solvang Rundetarn (Round Tower) 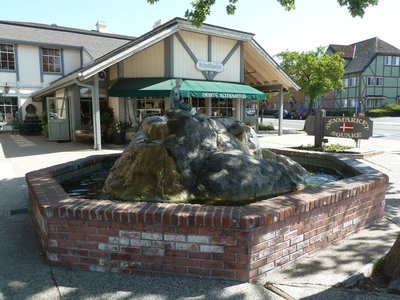 The Mermaid's Fountain in Solvang 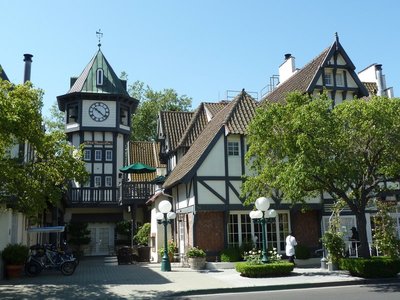 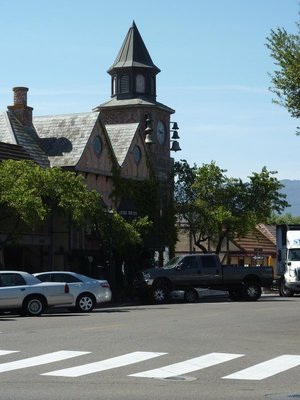 However probably the biggest attraction are the town's Danish windmills; although we didn't see all of them I counted at least half a dozen on the map dotted amongst the town's streets. All in all Solvang was a delightful little town well worth the visit. 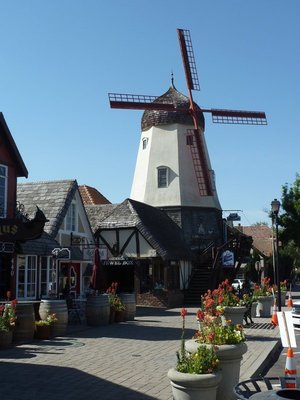 Close up of the Windmill on Alisal Road in Solvang 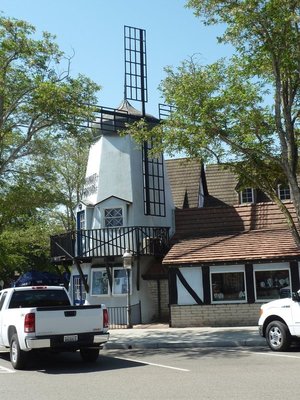 The windmill in Hamlet Square 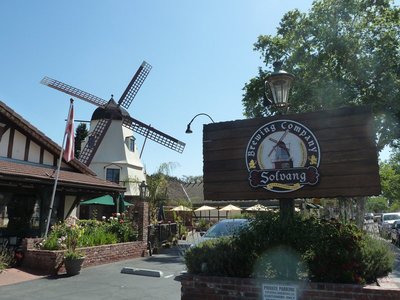 The windmill on Mission Drive is now part of a brewery!

We then descended from the mountains back on to the freeway only to be confronted by the smoke from a large bush fire that threatened to block our route south back to Los Angeles. Because of the way the wind direction changes near the coast one minute the sky was relatively clear while the next minute there was a very distinct layer of smoke above us. 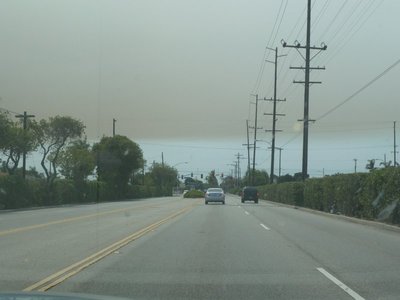 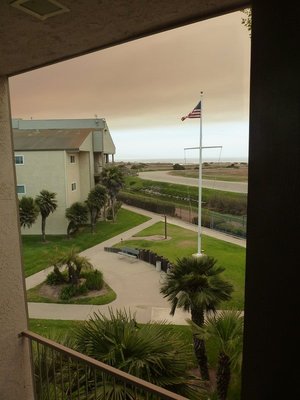 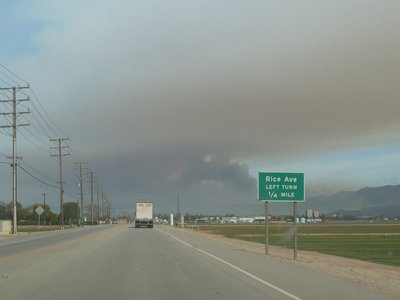 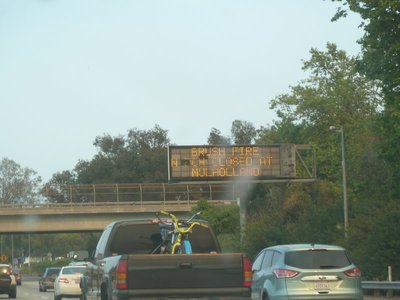 The brush fire threatens to close the highway

Fortunately the brush fire didn't cross the Freeway to cut our route back like it threatened to do at one point but we still had to travel down the notorious interstate 'four-oh-five' freeway to get through Los Angeles, the busiest and most congested freeway in the USA. What we had hoped would be a two hour drive turned out to be four hours plus with bumper to bumper traffic. Although little consolation while we were stuck in heavy traffic we did see the Goodyear Blimp (Airship) take off from close by the freeway. 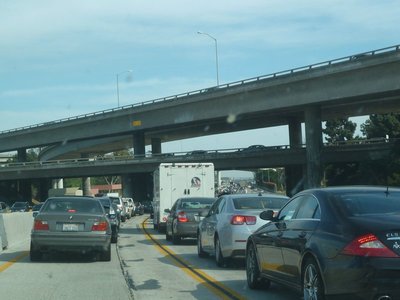 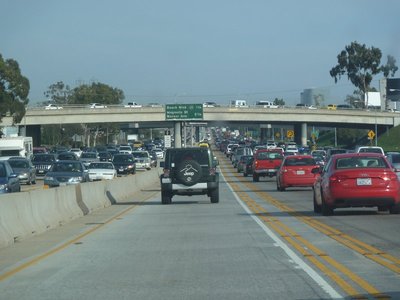 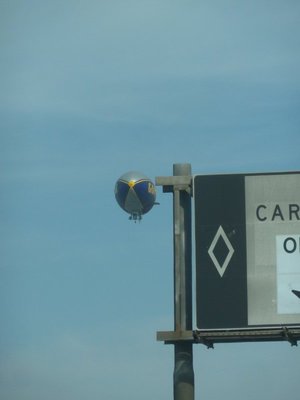 The Goodyear Blimp takes off near the I405 Freeway