Rock and Awe in the Western Hajar Mountains

With rocky mountains and sand dunes, 4WD excursions are a must in Oman and the drive from Rustaq to Misfat al Abreyeen over the Snake Pass in the Western Hajar Mountains is one of the most spectacular in the country.

Our journey began with a 1.5 hour drive north to Rustaq where we stopped to see the hot springs in front of the mosque at Ayn al Khasfar. We then began our drive into the mountains up Wadi Bani Awf and were given a taste of what was to come when we were stopped by a man holding a red flag while they blasted the rock high above us building the road. 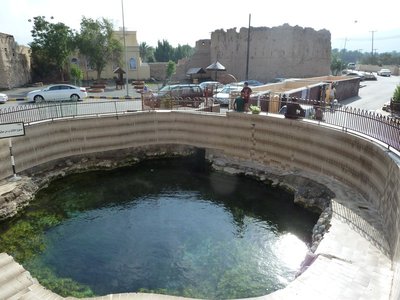 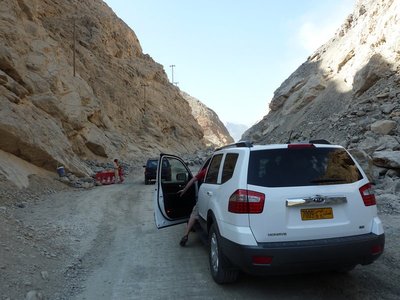 The "road" we were climbing up was never more than a dusty dirt track and often just bare rock with a steep drop on one side. About an hour into our drive we had an interlude of a brief stop at the picturesque village of Balad Sayt with its terraced paddy like fields. 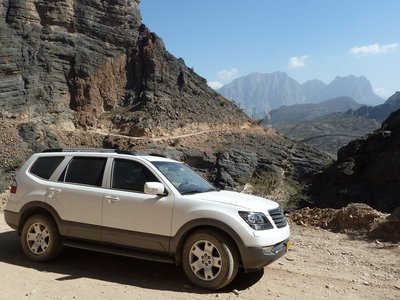 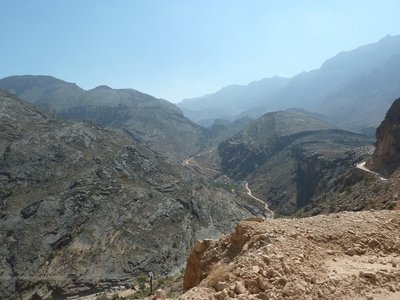 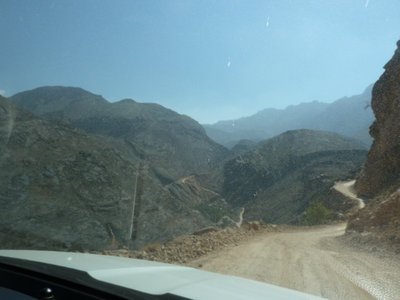 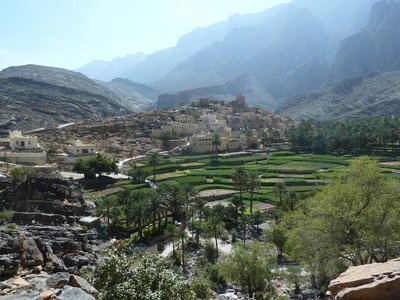 The village of Balad Sayt in the Western Hajar Mountains

We then continued our climb as the road twist and turned up the Snake Pass, this was not a drive to go on if you are scarred of heights! Every now and then small whirlwinds of dust known as "dust devils" would form and disappear near us. An hour later near the top we passed the dramatic Sharaf Rocks before finally reaching the summit at the Alamayn Viewpoint. 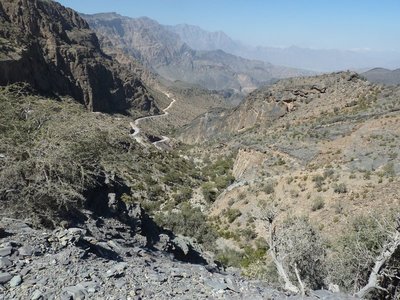 Looking back at the road we had just climbed 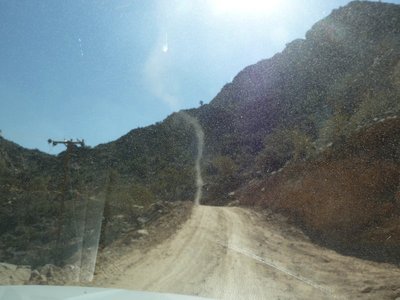 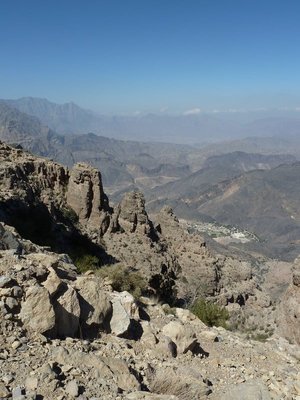 The Sharaf Rocks near the Alamayn Viewpoint 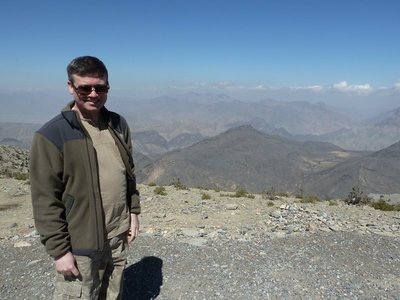 At the top it turned colder with the wind and we had the relative civilisation of "black top" (i.e. tarmac) roads all the way down the far easier other side. Part way down we stopped to walk around the village of Misfat al Abreyeen, said to be one of the oldest in Oman and looking like it was unchanged since the time of the Bible. It also contained one very noisy donkey whose "hee-hawing" could be heard minutes before you saw it! 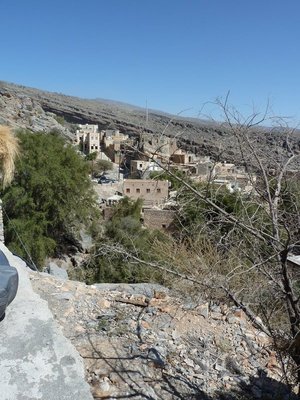 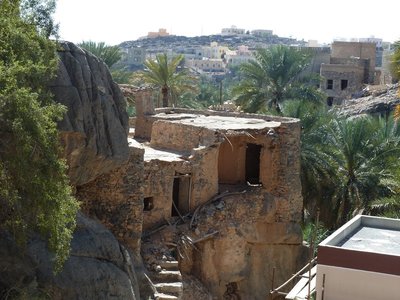 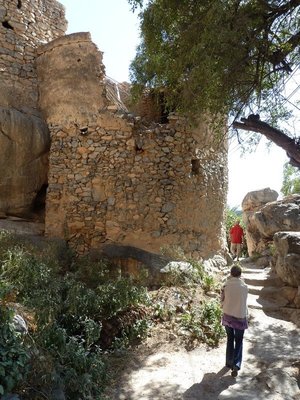 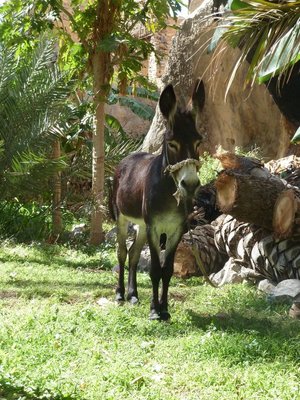