The Antarctic Experience & my unsuccessful search for Whales

My rides aboard hagglunds and planes to see ice, penguins, seals & dolphins (but unfortunately no sperm whales)

The supply bases for the New Zealand, US and Italian Bases on Antarctica are all located at Christchurch Airport and in addition to a separate terminal for Antarctica there is also a tourist attraction called the International Antartic Centre.

Having seen the state of the city after the quake I still wanted to see the Centre and went out to the airport and had a hair-raising ride in a Hagglund tracked vehicle (up & down steep slopes, across crevases & swimming a pond), walked into a room recreating an antarctic storm (-18 degrees C with wind chill) before finishing off in a 4D Cinema (3D plus your seat moves and you get sprayed with water!). 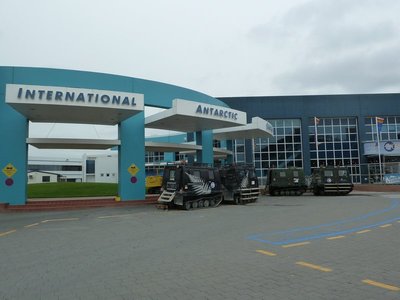 Hagglunds outside the International Antarctic Centre at Christchurch Airport 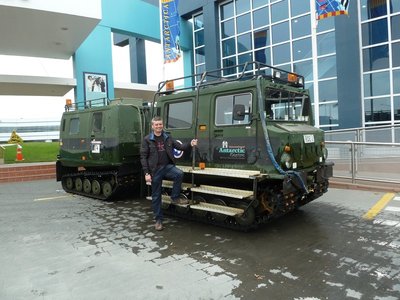 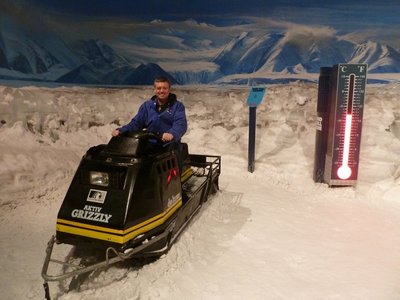 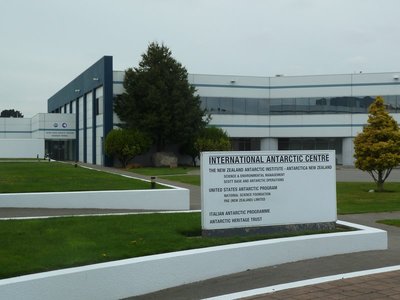 The Antarctic Terminal at Christchurch Airport

The International Antarctic Centre also looks after about two dozen New Zealand Blue Penguins that have been brought in injured by the public and have been certified by a vet as unlikely to survive if returned to the wild. NZ Blues are quite small and don't actually venture as far south as the Antarctic but their pool and vetinary unit added a wildlife element to the centre. 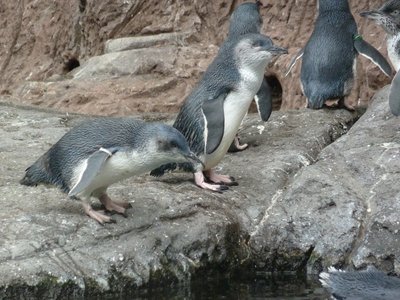 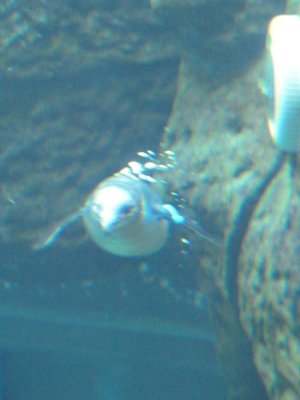 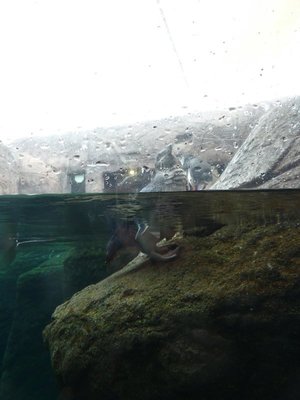 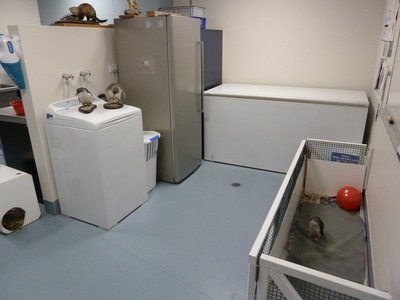 In addition to the experiences and penguins at the International Antarctic Centre there were also a number of historical artifacts from Antarctica on display at the Centre and a gallery at the Canterbury Museum in town. This included a Motor Tractor used by Shackleton's 1914-17 Antarctic expedition and a Ferguson Sno-Cat from 1958 which was the first motorised vehicle to reach the South Pole. 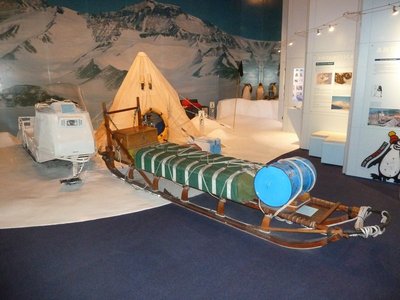 Display of various pieces of equipment used by Antarctic Explorers 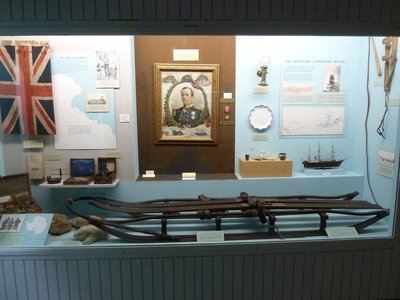 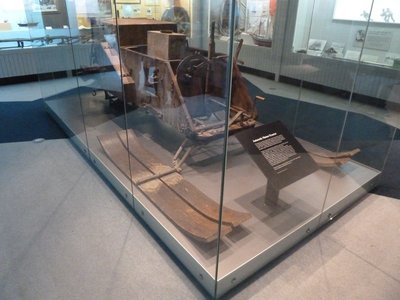 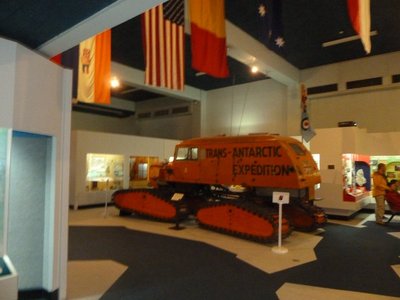 Ferguson Sno-Cat on display at the Canterbury Museum in Christchurch

For my final day in Christchurch I travelled 3 hours north to Kaikoura, famous for its marine life. I had seen some seals on the sea shore here from the Coastal Pacific Train on the way down a couple of weeks previously and had popped into the visitor's centre for details of the whale watching trips Kaikoura is famous for during our brief stop at the railway station. Sure enough we saw lots of seals on the way up and stopped for a while at the seal colony just south of the town. 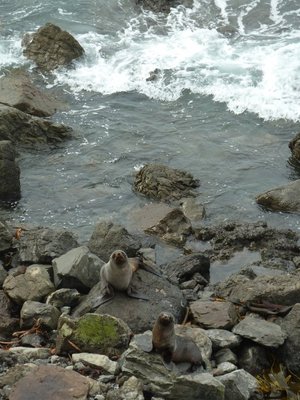 New Zealand Fur Seals at their Colony near Kaikoura 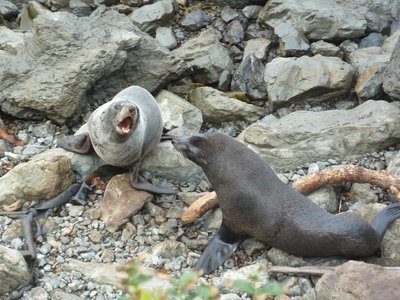 Kaikoura is particularly well known for sperm whales, so much so that the boats guarantee your money back if you don't see one while out with them, they are that confident. However the weather did not look good, the whale watching boats had broken down the day before and the day I went the sea was too rough for them to sail either. As a backup our tour operator arranged for us to go up in a small plane instead and while I enjoyed the flight over the ocean we unfortunately didn't fair much better and all we saw was a pod of dolphins migrating across the bay. 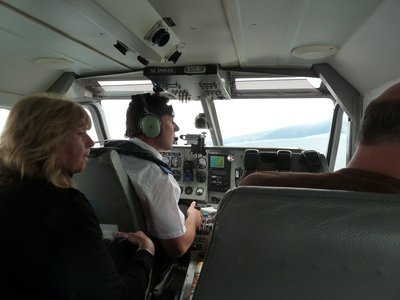 Our pilot scans the horizon looking for giant sperm whales 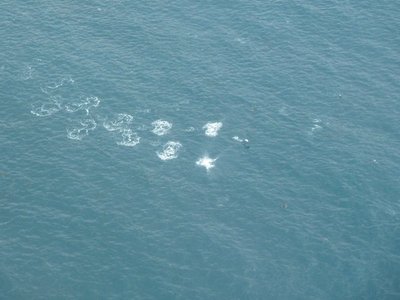 A small pod of dolphins seen from our light plane 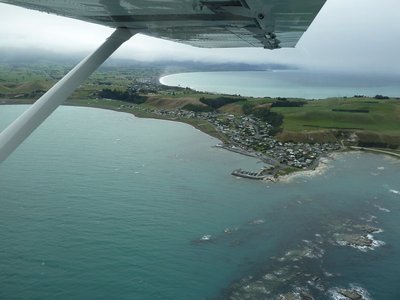 The Kaikoura peninsular from the air 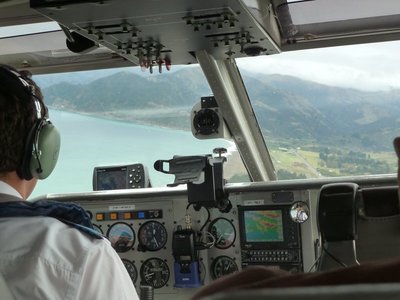 Coming into land at Kaikoura 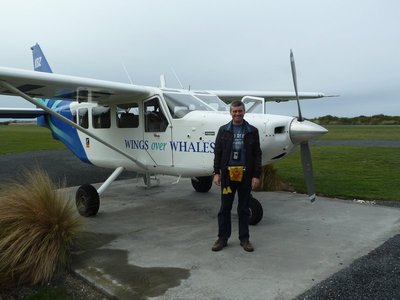