The Mountain of the Sun and the Grand Canyon of Arabia

The last major excursion of my visit to Oman was to Jebel Shams ("Mountain of the Sun" in Arabic), the highest mountain in the country. On the way we again past through Nizwa and its spectacular fort about 2 hours out of Muscat but this time we stopped to have a look. What I had expected to find was a museum with well laid out grounds and old canon; what we found was a virtually deserted Souq.

It turns out what Nizwa Souq is famous for is its livestock market especially of live goats but we had chosen the wrong day, we needed to come on a Thursday. Never mind, what I did stumble on unexpectedly instead was the specialist gun area of the Souq and it initially shocked me to see guns so openly on sale. 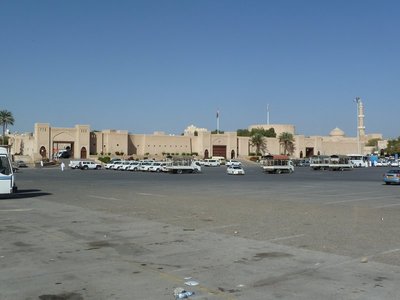 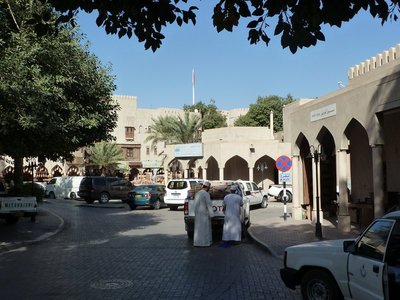 Street scene in Nizwa by the Souq 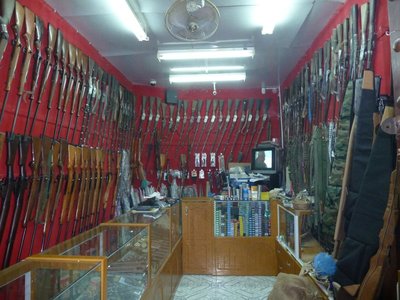 We then began our drive up to Jebel Shams with a photo stop at the vacant village of Ghul at the mouth of the canyon and became aware of the goats - more on both anon! 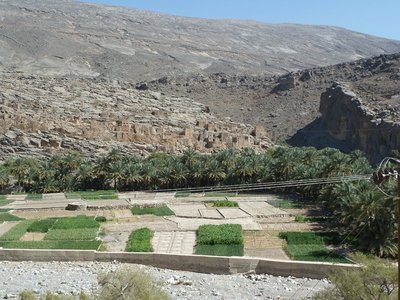 The vacant village of Ghul at the mouth of the Canyon 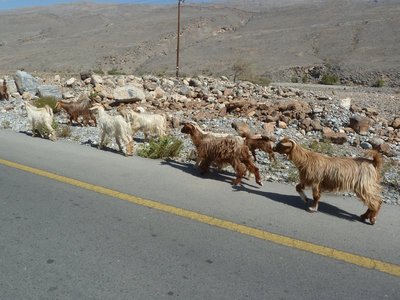 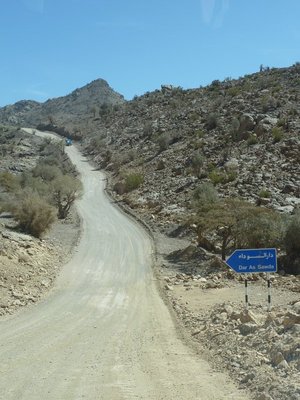 The road to Jebel Shams

Despite being the highest mountain in Oman (10,089 feet, 3,075 metres and site of a military radar station that can apparently see as far as the Mediterranean Sea) what Jebel Shams is really famous for is the spectacular 6,000 feet deep gorge that runs along side it. Known locally as the "Grand Canyon of Arabia" it is so leg wobblingly deep that it is impossible to convey this in a photograph - although I did have a try! 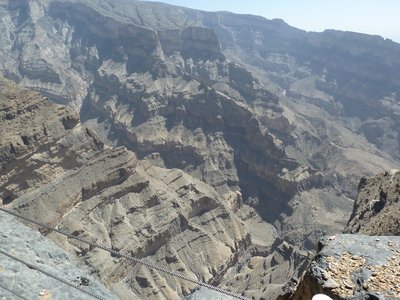 Looking over the edge at Jebel Shams 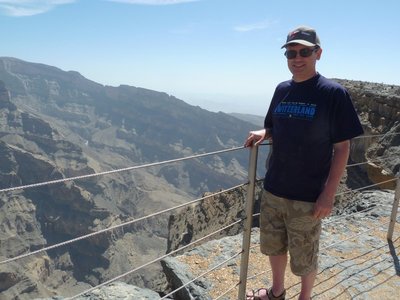 Me next to the canyon edge at Jebel Shams

In addition to a few Bedouin women selling handmade trinkets, there soaring above us were eagles; we must have seen about 6 - mainly sea eagles but also a brown eagle - and then there were the goats. These appeared out of no where and loved to be fed the apple we had brought up for them. A handful of German tourists took loads of photographs of me oblivious to what I thought was the far more spectacular sight I was trying to point out to them of eagles circling only a few feet above their heads. 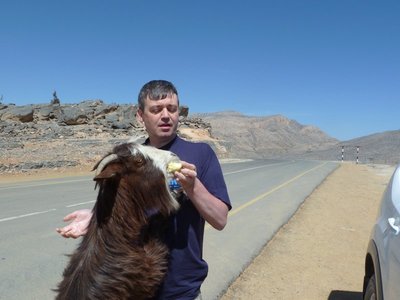 The goats at Jebel Shams do like to be fed apple

We then made our way back down the mountain the same way we came up to the village of Ghul at the entrance to the canyon we had been looking down into and began our drive in. None of the precipice edges to the road this time but a challenging 4WD none the less. Eventually we reached a small village which was as far as we could go and looked up at the gorge rim we had been at looking down from only a couple of hours earlier.

After exploring the village I accepted the offer of taking over the driving, my first experience of off road driving and enjoyed it more than I expected - even if there was the constant worry of misjudging and hitting a rock! We then drove back to Muscat and this time I was able to share the driving taking over just beyond Nizwa. 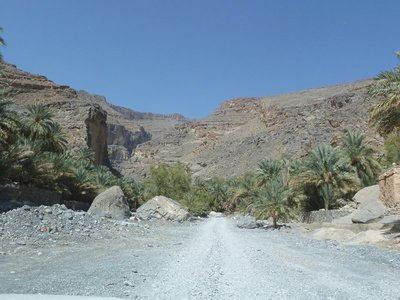 The entrance into the Gorge 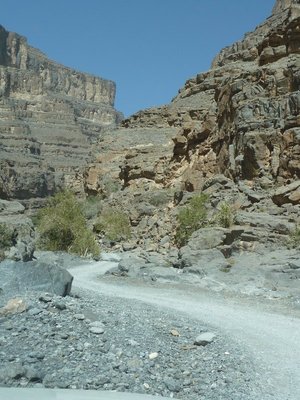 Our road through the Gorge 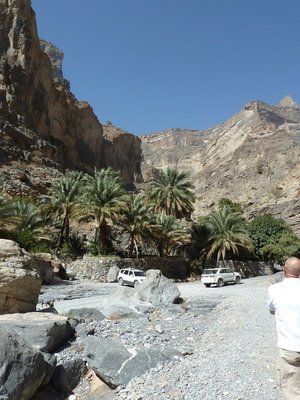 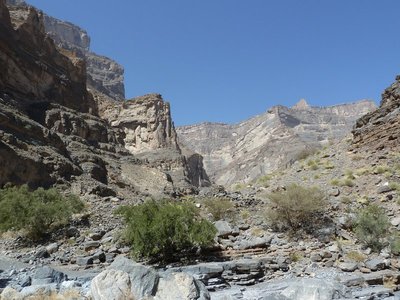 Looking up at the Gorge rim - we were up there looking down less than 2 hours ago!