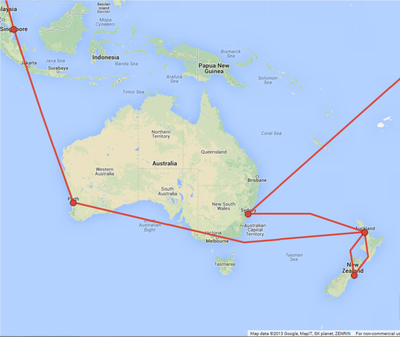 What I remember most from this flight was the Hobbit inspired safety video that was presented to us just before take off, apparently it has won a lot of awards! The Lord of the Rings theme carried on after we landed, where London Heathrow has posters of red tuniced guardsman and beafeaters Auckland has elves and hobbits!

On the advice of nearly every New Zealand guidebook I have seen, I still had Waitomo Caves near the top of my "To Do List" despite it being just 10 days since I visited the impressive Lake Cave near Margaret River in Western Australia. What makes them special and different from other caves are their glowworms; which also makes this particular blog entry a bit of challenge as they are almost impossible to photograph!

Waitomo is 125 miles (202 km) south of Auckland and there over 300 caves mapped in the area. I visited the two most popular, starting with a 2 hour tour of Ruakuri Cave, the longest guided cave tour in Australasia. As seems to be the way in New Zealand there was a dispute over ownership of the original entrance and it was also a Maori burial ground so the cave is now accessed via a spectacular new 49 feet (15 metre) spiral staircase that felt like something out an old Doctor Who set. 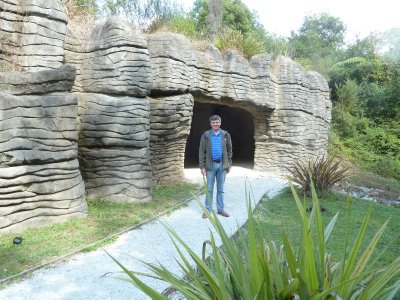 Me stood at the entrance to Ruakuri Cave 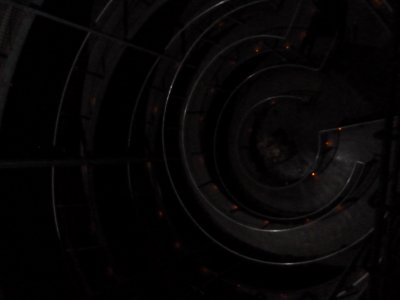 The spiral staircase entrance down to Ruakuri Cave 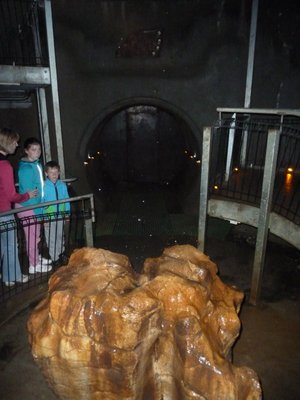 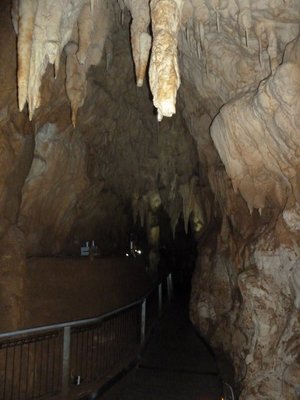 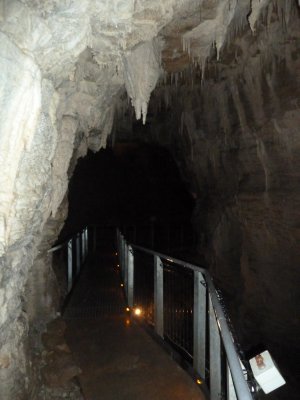 Flash photo in the darkness of the walkway ahead 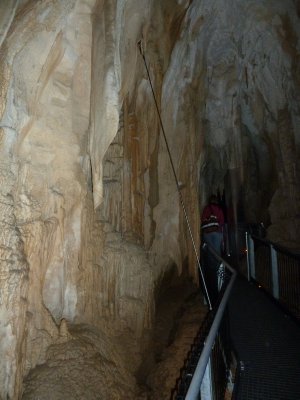 A wafer shaped stalactite by the walkway in Ruakuri Cave 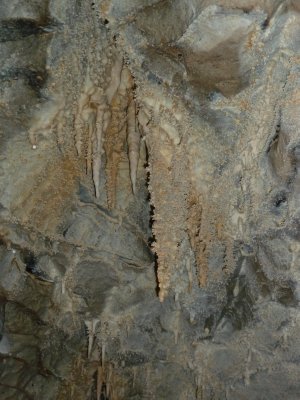 So far so good, Ruakuri Cave although extensive has been very similar to any other show cave this far. Then comes the mystical bit when we reach the glowworms and the lights are turned out to see them - photos aren't allowed (even if my camera was up to it!) so I have provided a link. Each glowworm is a the larvae of small mosquito like fly that has attached itself to top of the cave with 3-5 inch (10-20 cm) silk fishing lines dangling beneath it with a blue almost light at the end to attract larvae prey from the underground river flowing below.

The underground river is also where you can go Black Water Rafting and can get up close to the glowworms and this is suppose to be the ultimate cave experience and something I am sure I might have been tempted to have a go at if I had more time in New Zealand. 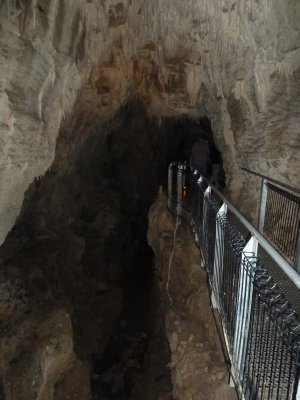 Watch out below! The darkness of the gorge beneath us where you can go Black Water Rafting 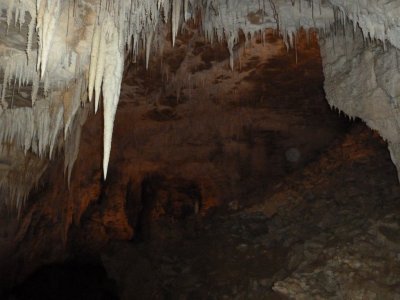 A cavern full of stalactites deep inside Ruakuri Cave

We then returned to the Waitomo Caves Visitor Centre and went on the more commercial feeling 45 minute tour of the Waitomo Glowworm Cave itself. Again we passed impressive stalactites and stalagmites as we made our way down to a large cavern known as The Cathedral which has such good natural acoustics that it has been used for concerts Dame Kiri Te Kanaawa and the Vienna Boys Choir amongst others.

However again it was the glowworms who stloe the show except this time we boarded a boat and floated down the underground river in the pitch black admiring the milky way of blue glowworm lights that adorned the cave's ceiling. Eventually we emerged from the cave and exited using a jetty. 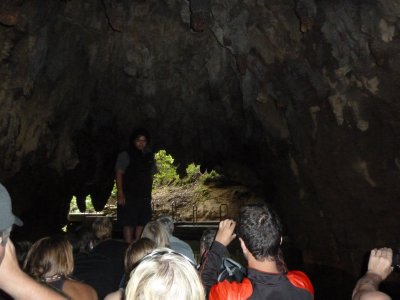 Daylight as our boat emerges from Waitomo Cave 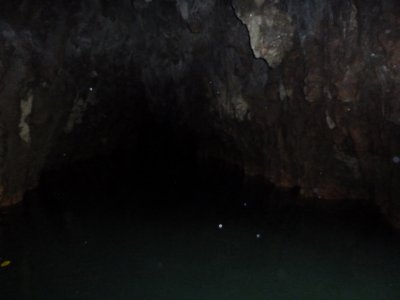 View back into the Cave from our exit jetty 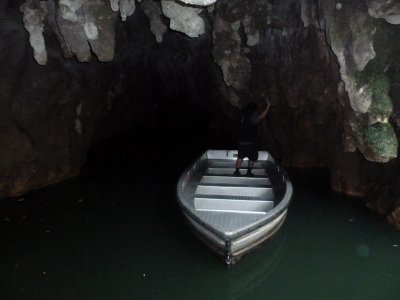 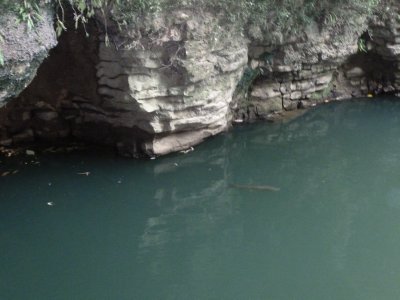 A large trout loitering by the cave exit - apparently he'd been there for days!

Mexican themed party and then off to the ball game

I enjoy watching baseball so I was excited to be invited to go and see the LA Dodgers play the Milwaukee Brewers at the Dodgers Stadium in Downtown Los Angeles. However beforehand there was the little matter of a 30th Birthday Party! Now I don't normally blog family get-to-togethers but this was a little different as it had a Mexican theme.

There were sombreros, lanterns and Mexican food of course (and the red plastic "Solo" beer cups that seem to be used at every American party) but what I had not seen before were pinatas. These are fancy papier-mache shapes normally filled with small toys or candy that a child normally hits blindfold with a bat until it breaks and then everyone dives in and grabs the contents spewed all over the ground. Being an adult birthday the toys and candy were replaced with tequila miniatures, party poppers and cigars! 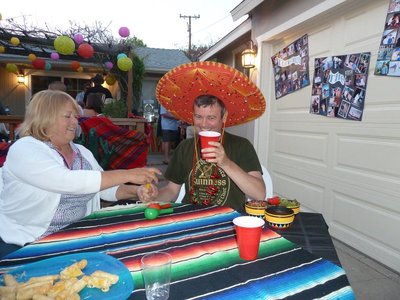 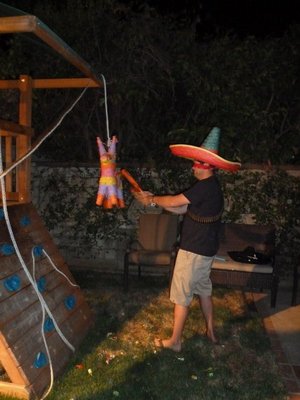 A bit later on I was introduced to the quaint American drinking game of beer pong in which players throw a ping pong ball across a table with the intent of landing the ball in a cup of beer on the other end with forfeits of drinking the beer until one side or the other clears all their opponents cups. We actually did quite well and finally lost in the final :-) 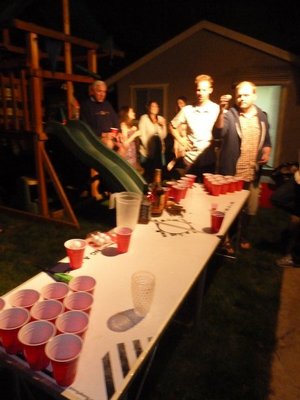 It's getting late - time for Beer Pong! 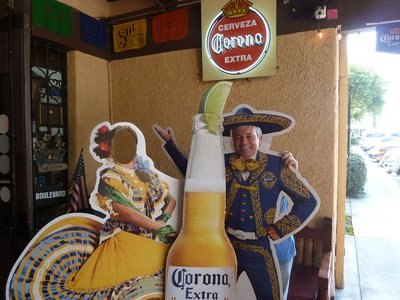 Me posing behind a cut-out at a Mexican Restaurant

Partying done and after a good night's rest it was time to make our way downtown to the Dodgers Stadium for the game. On the way we drove past the Staples Centre home of the LA Lakers NBA Basketball Team and saw some of the skyscrapers of LA close up. 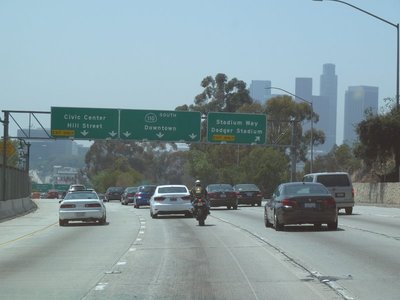 Making our way down the Freeway - Dodgers Stadium next exit 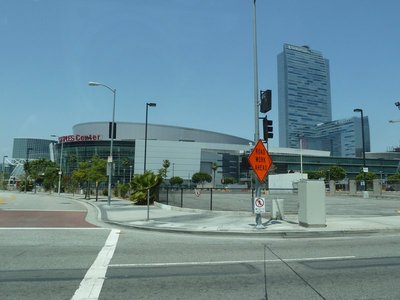 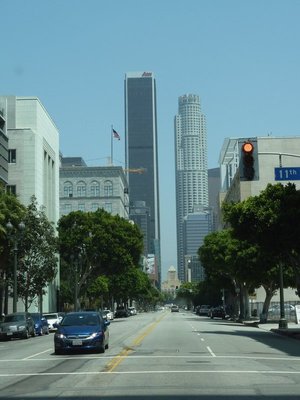 After a short wait at the barrier we had our first proper view of the stadium. We parked up in the enormous open air parking lot outside and then made our way to through security into the stadium to find our seats not far behind the Dodgers dugout. 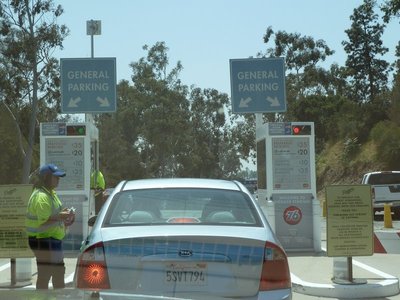 In the queue for the Stadium Parking Lot 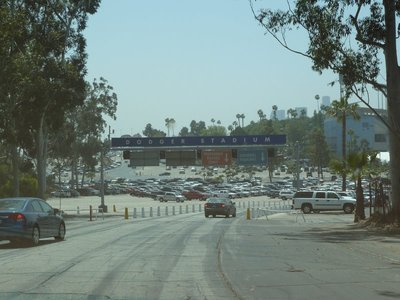 Our first view of the Dodgers Stadium 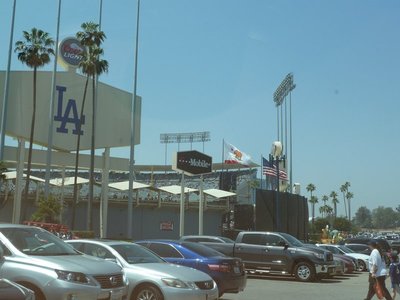 View outside the Dodgers Stadium

Major League Baseball stadiums are always impressive and it was a bright sunny day in Southern California. Warning, now follows my attempt as a foreigner to explain Baseball! Baseball is a bat and ball game played between 2 teams of 9 players on a diamond of four bases. The pitcher throws the ball at a batter who has 3 attempts to hit the ball before running around the bases as far as he can while the other team tries to get him out by catching or tagging him or the base he is running to. Runs are scored when the batter gets all the way around or if he hits the ball out of the ground (a home run). Each innings lasts as long as it takes to get 3 batters out and the teams then switch sides with the game lasting 9 innings (or longer to get a result). 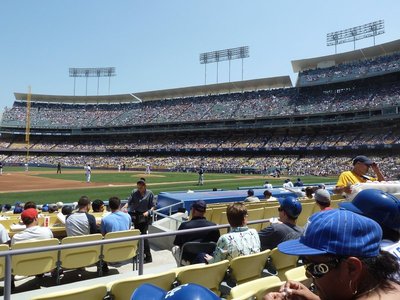 Our first view of the game 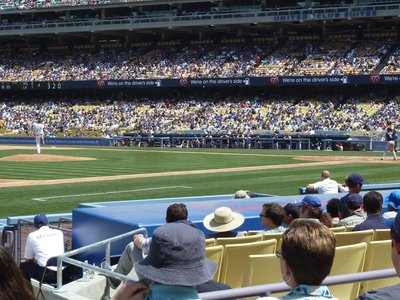 The Dodgers pitcher pitching at the Milwaukee Brewers 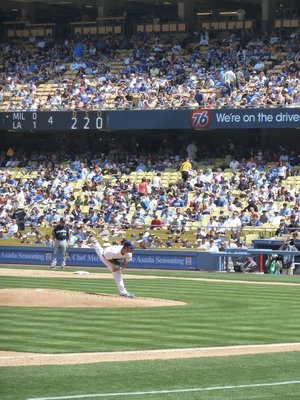 Close up of the LA Pitcher pitching the ball

The Dodgers were pitching at the Brewers when we got to our seats with me wearing my newly purchased LA Dodgers T-shirt and carrying the traditional baseball match fare of beer, Dodger Dog and bag of unshelled peanuts. The Dodgers dominated the game with their pitcher Clayton Kershaw not allowing anyone to score against him while Carl Crawford batted 2 home runs. At the end of the 7th innings everyone stood up and had a stretch joining in the traditional corny song of Take me out to the ball game. The Dodgers went on to win the game 2-0 in just two hours, very quick for a baseball game! 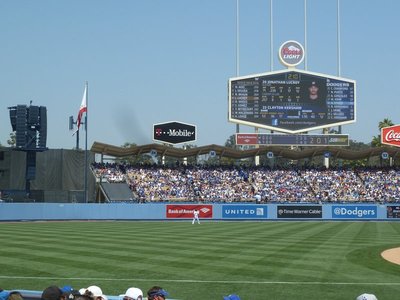 The stadium scorerboard, the Dodgers are ahead :-) 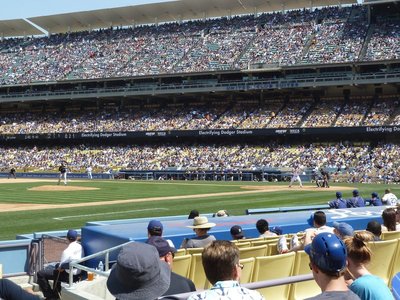 It's the Milwaukee Brewers turn to pitch at the LA Dodgers 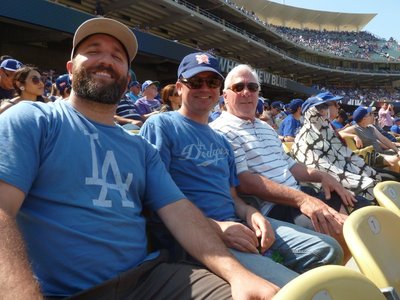