The Grandest Building in Muscat

The most impressive building in Muscat is the Sultan Qaboos Grand Mosque completed in 2001 to celebrate the 30th year of the Sultan's reign. It dominates the southern view from Highway 1 as it speeds through central Muscat.

The mosque, like all mosques, is aligned towards Mecca which for Muscat is to the west. We entered the mosque's precinct from the eastern gardens and walked along the southern outer sahn (or courtyard) to reach the entrance sahn into the main prayer hall. 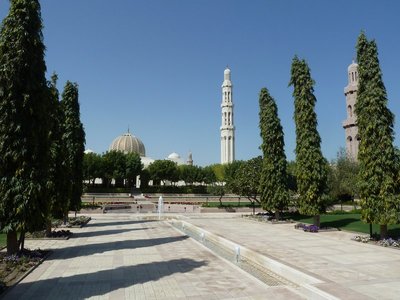 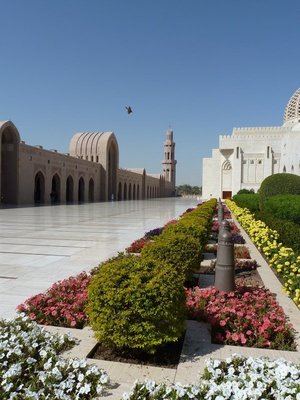 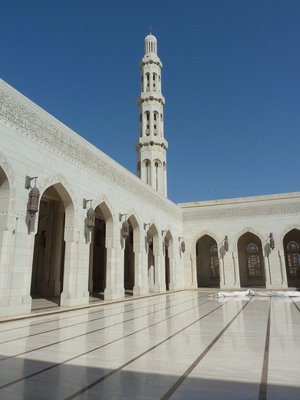 The inner sahn and central minaret 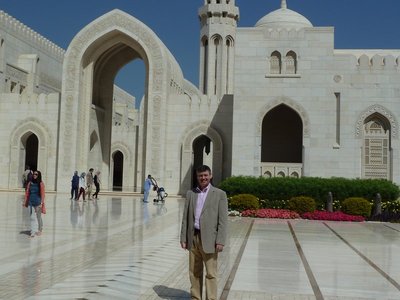 The archways into the entrance sahn from the outer sahn

The business end of the Mosque is the main prayer hall which can hold up to 6,600 worshippers which along with worshippers in other parts of the mosque means it can accommodate up to 20,000 people.

The focus of the main prayer hall is the mihrab or niche in its western wall which indicates the quibla (direction to the Kaaba in Mecca). During prayers this is where the Sultan is with the Iman preaching from the pulpit on the right hand side.

In addition to the ornate ceramic quibla, the main features of the main prayer hall is the impressive dome complete with a large chandelier containing 1,122 lamps. The mosque is also particularly proud of the single piece handmade Persian carpet which took 600 women four years to produce. 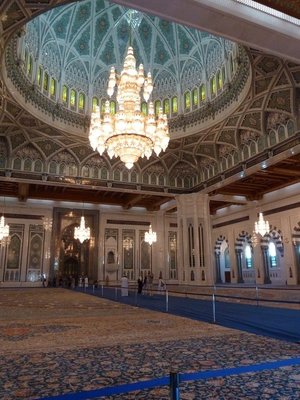 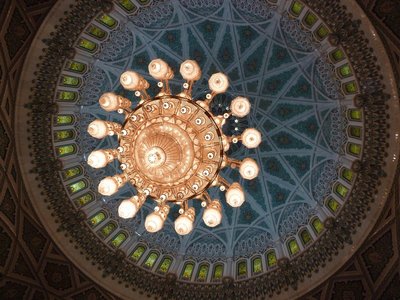 Women use a separate prayer hall to the men located in front of the inner San which can accommodate 750 worshippers. As with the main prayer hall shoes need to be taken off before entering and placed in the shoe racks provided. 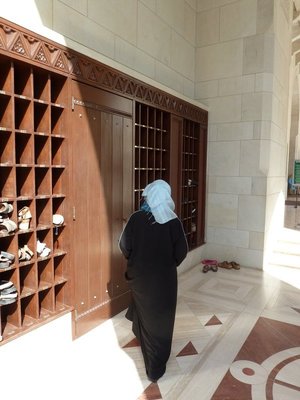 Shoe Racks by the entrance to the ladies prayer hall 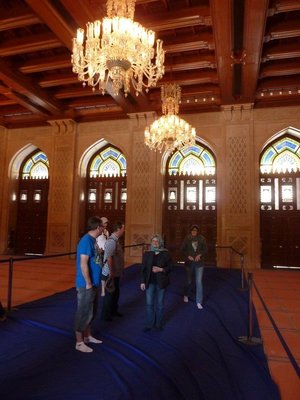 The Mosque is an architectural masterpiece whose whole precinct is kept in presstine condition. It is difficult to find a bad camera angle with the view from west or across the main transept particularly impressive. 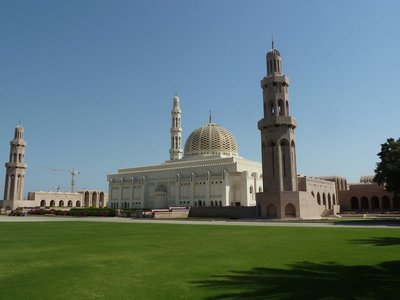 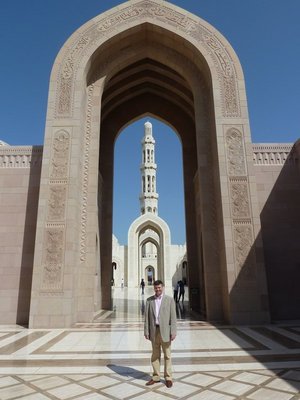 The main transept of the Sultan Qaboos Grand Mosque